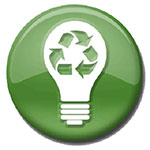 School of Democratic Leadership (SDL) will organize workshop on 30 January 2015, intended for NGO representatives, with the aim to strengthen their role in energy efficiency area and in parliamentary processes as well.

Besides NGO representatives, participants in the workshop will be Dragica Sekulić, Director General for Energy Efficiency in Ministry of Economy, who will represent the process of adopting of new Law on efficient use of energy and its implementation and Aleksandar Damjanović, MP and the President of the Board for economy, finances and budget at the Parliament of Montenegro, who will speak about the role of the Parliament in energy efficiency area. Jasna Sekulović, GIZ Project Manager will represent regional initiative on public dialogue on sustainable use of energy and energy efficiency while Biljana Gligorić, Program Manager in NGO “Expedition”, will speak about measures of energy efficiency.

The workshop is part of the third phase of the project “Public Dialogue on Sustainable Use of Energy and Energy Efficiency”, which SDL continuously implements for the fourth year in a row, in cooperation with six Schools of political studies from the region, with the support of German Organization for International Cooperation (GIZ) and its Open Regional Fund for Energy Efficiency. This phase of the project supported Federal German Foundation for Environment.